One of the most important components of effective discipline is providing the child proper leadership, which Rosemond covers in the second chapter of the book, ‘The Seven Fundamentals of Effective Discipline.’. Effective leaders say what they mean and mean what they say. They “Let their, ‘Yes’ be ‘Yes,’ and their ‘No,’ ‘No’” (Matthew 5:37), as Jesus tells us at the Sermon on the Mount. Indecisiveness does not make for good leadership.

As parents, we can put this into play by using what Rosemond calls the “Short and Sweet” principle. The fewer words we use when giving instructions or conveying expectations, the more likely our child will obey. The fewer words we use, the clearer the instruction. I, for one, have been very guilty of explaining everything to my two-year-old at the expense of my sanity.

Me: “So we can pick up your sisters.”

Me: “Because their school day is done.”

Me: “Because the teachers have to go home.”

Me: “Because they have families.” 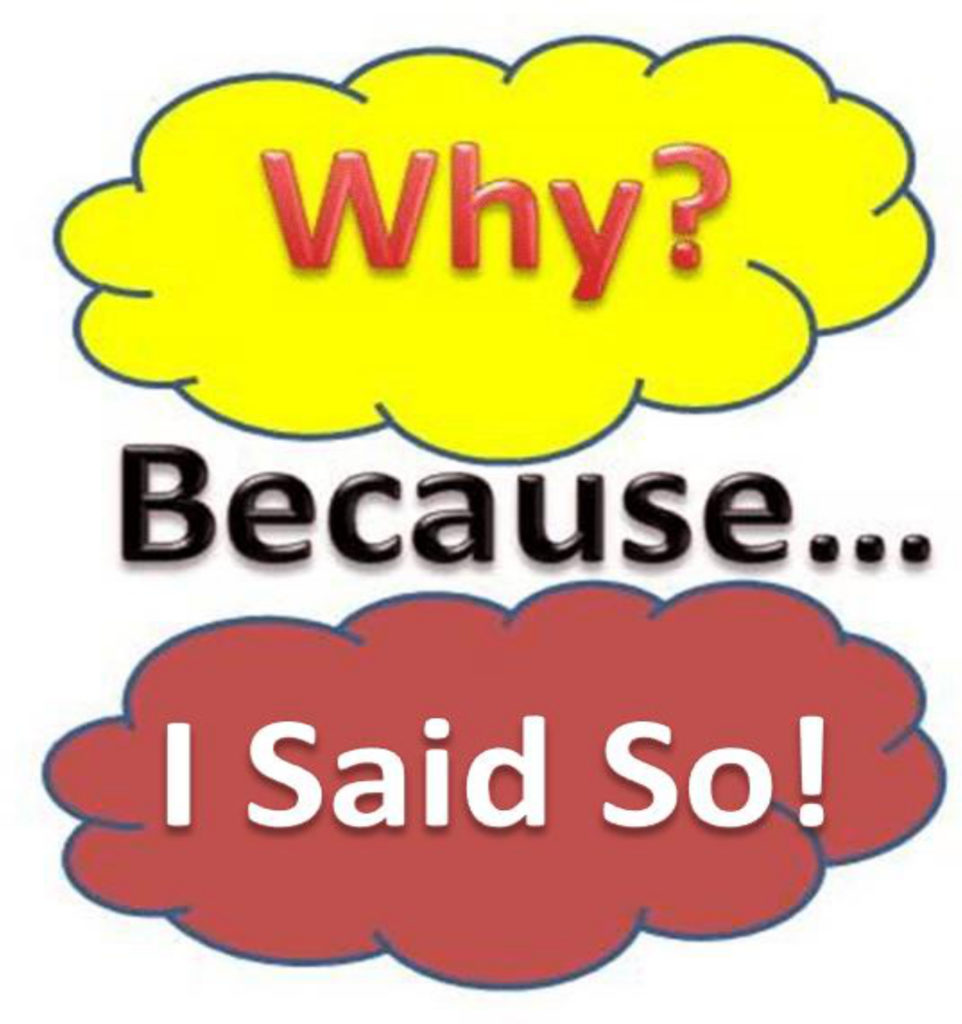 Me: “So we can pick up your sisters.”

Me: “Because their school day is done.”

Me: “Because the teachers have to go home.”

Me: “Because they have families.”

In The Well-Behaved Child, Rosemond says a better way to respond would be using the four words that we all dreaded to hear growing up, “Because I said so.” He calls these the four most powerful words in parenting. Giving reasons opens the door to arguments which means we have already lost since effective leaders never argue with the people they lead.

Using this type of “Alpha Speech,” as he puts it, doesn’t insult a child’s intelligence but simplifies their life as it releases them from the incessant need to challenge your authority.

This type of communication requires a lot less effort than you think and will make your life far easier. Before giving an instruction to your child, ask yourself this question:

“What do I want my child to do, and how can I phrase it in the most authoritative way possible, using the least number of words?”

I’ve taken this approach since re-reading the book and, do you know what? “Because I said so” is having to be used less and less.

By acting like we know what we’re doing, what we want our child to do, and that our child will live up to our expectations, we are providing leadership to our kids so that they will become the best version of themselves.

Rosemond later claims that parents who master Alpha Speech consistently report a 50 to 80 percent reduction in problem behaviors in two to four weeks. The rest of the second chapter covers six other fundamentals that I would highly recommend checking out.

For all other remaining behaviors, he presents tools in chapters three through five to help parents organize their disciplinary behavior. Stay tuned for the next post to see how choosing compelling consequences shifts the distress over our child’s misbehavior from the parents to the kids, giving them motivation to solve their problem and better behave.

The 5 Love Languages of Children – Post 1 (by Ashley Stevens)