Earlier this spring, an initially friendly little dog nipped my two-year-old’s finger at a Little League game. I scooped my daughter up right away, comforted her and she stopped crying fairly quickly. Since the small mark on her hand disappeared the next day, I soon forgot about the episode; however, the mark on her memory did not vanish so quickly.

Weeks later at a completely different ball field, my little girl took one look at another dog and immediately began screaming in terror. Every time the dog looked her way, she jumped into my arms. I made sure to whisper when I explained the initial encounter to a friend nearby, concerned that recounting the entire incident would perpetuate my little one’s fear. Only later after reading “The Whole-Brain Child” did I learn that retelling the story of a frightening experience would actually help her process it in a healthy way.

The authors call it: “Name it to Tame It: Telling Stories to Calm Big Emotions” (Whole Brain Strategy #2 on p. 27). It all starts with the two horizontal sides of the brain…the emotional, image-driven right brain and the logical, linear left brain.

“When a child experiences painful, disappointing or scary moments, it can be overwhelming, with big emotions and bodily sensations flooding the right brain,” the authors write. Storytelling, however, uses words and chronological details to connect the left hemisphere of the brain with the right hemisphere and thereby helps the child understand the situation and move forward.

Just a day or so later, I witnessed this in action! On the car ride home from a subsequent baseball practice, my two-year-old actually started telling the story to herself.

“That doggy bite me,” she said from the back seat. “It hurt very much.” Instead of responding, “It’s ok, that doggy is gone now,” I tested out my newly-learned “Whole Brain strategy” and helped her recount the story.

“We asked the owner if we could pet the doggy, and the doggy was nice at first, wasn’t it?” I started. “But then the doggy got mad and bit your finger. How did that feel?” We then talked about sitting on Mommy’s lap and the “ouchie” feeling better, etc.

Over the next few days, my daughter brought up the story again and again, as her little brain worked out the details of the scary experience. Then just this past weekend, we were at a park where, lo and behold, there was another dog. Clearly my little girl’s love for “doggies” had returned, and she asked to pet the pooch. With the owner’s permission (and a little more carefulness on my part), we said hello and touched the dog’s soft back a few times, bringing an instant smile to my daughter’s face. 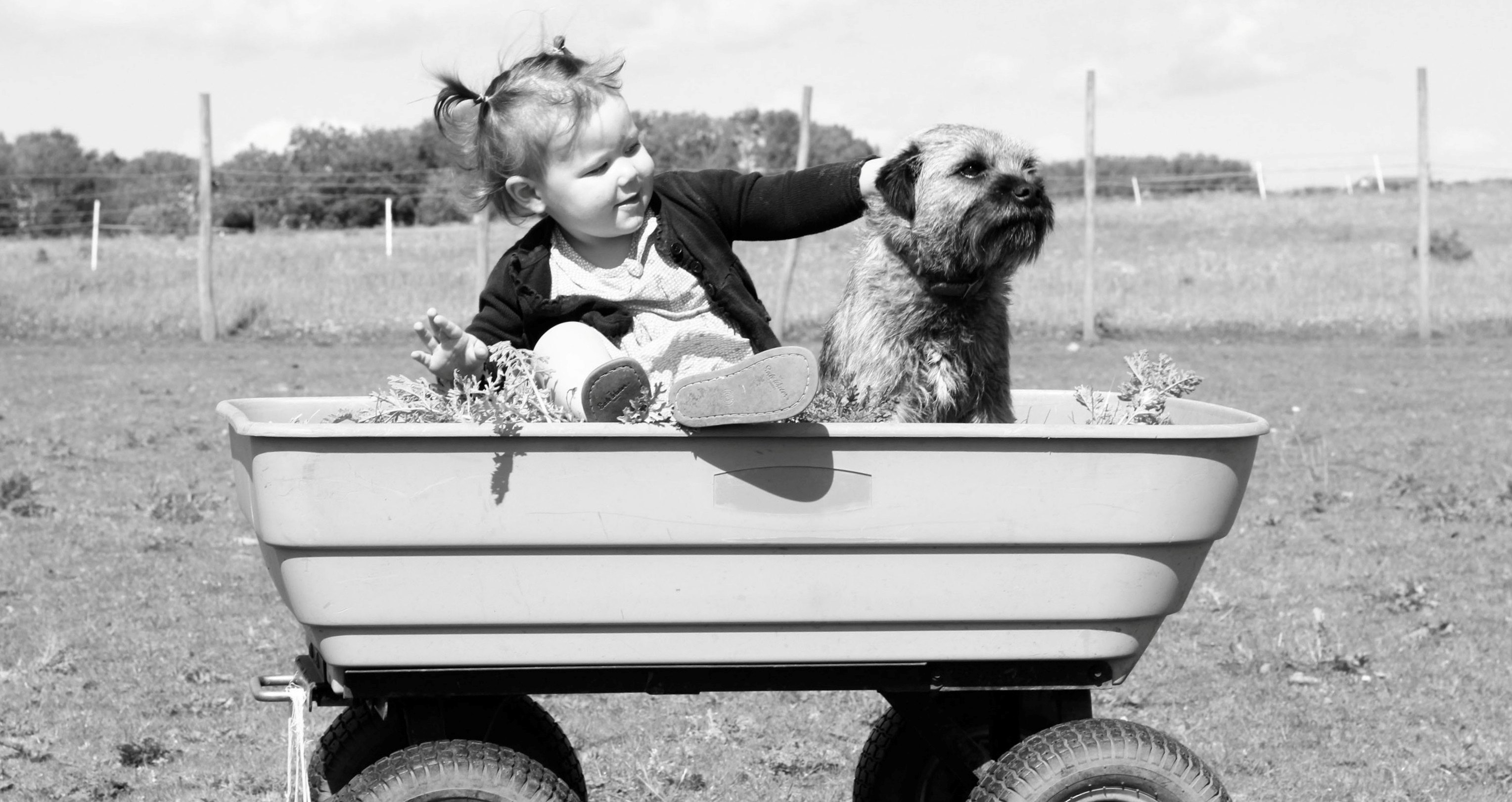 Obviously, the greater the trauma and the older the child, the more difficult and time-consuming the healing process may be, but I’m so grateful to have averted a potentially life-long fear of dogs for my daughter!

Is there a situation where you can give “Name It to Tame It” a try? Please share successes, struggles and/or suggestions in the comment box.

Next up: Applying Whole-Brain principles to teens & adults – not quite so easy-peasy!

Her View From Home