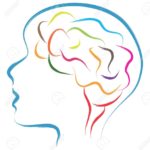 Why Neurotherapy?  A Personal Testimony

I believe in my mom’s mission to serve children, teens and adults, but not just because I’m her daughter. I’ve witnessed the efficacy of neurotherapy firsthand – and it works!

Nearly a decade ago, my husband and I attended a Parent-Teacher conference for our Kindergartener. As naïve, young parents we didn’t realize the teacher had scheduled us at the end of the evening, so she wouldn’t be constrained by the 15-minute time slot. Let’s just say she had a lot to discuss…

To back up even further, we’d always known this child was a bit of handful – (“strong-willed,” we would say and throw up our hands in confusion & exhaustion). We remember using verbal & sign language to tell our 12-month-old not to touch the telephone. The newly-walking toddler smiled, signed back “no” and grabbed for the phone. We pried those chubby fingers off the phone, signed “no” again – same result.  As the scenario repeated itself, the tiny explorer began to cry but refused to give in. Finally, he turned & charged toward a nearby baby gate, shaking it in frustration. In the months following, battles ensued over everything from getting into the car seat, taking toys from other kids at playdates and potty training…battles that never seemed to end.

While it had been a dream of mine to try homeschooling, we knew it would likely be a disaster. We hoped the structure of school and an outside authority figure would help. However, after the 30-year-veteran Kindergarten teacher (and truly a saint-in-the-making) looked into our eyes and asked us for help at that first conference, we didn’t know where to turn. We adjusted our child’s diet and consumed parenting books & seminars like crazy…all to no avail. Our kindergartener continued to frequent the principal’s office regularly throughout the school year.

By God’s grace, that summer we were introduced to neurotherapy – a natural method of training the brain that provides relief from a variety of challenges (anxiety, depression, Attention-Deficit Disorder and impulsivity, to name a few) –  with research-backed results. At each session, our child would choose a movie to watch with non-invasive sensors attached to the scalp. When his brain waves stayed in the range proper for a particular region, the movie and sound played perfectly. If his mind wandered, the screen and volume would fade. Incredibly, throughout this process his brain learned to regulate itself.

As our child returned to school in the fall, we were apprehensive, but hopeful. We hadn’t noticed a significant change in behavior at home, but as first grade began, he was “magically” able to control his impulsivity enough to be successful in the classroom. He stayed in his seat when it was time to work. He made it to the pencil sharpener and back to his desk without “accidentally” knocking a classmate’s textbook on the floor. His inquisitive and curious mind focused on learning to read rather than on taunting the girl sitting next to him. The transformation was nothing short of miraculous!

Over the next few years our child’s impulsive behaviors flared up every now and then, but an occasional neurotherapy “tune-up” guided him back on track. And now he is in high school playing in the band, running cross country, competing in Robotics and making the honor roll each quarter.

I want to emphasize that neurotherapy didn’t change our son’s God-given personality. He still marches to the beat of his own drum most of the time, and he doesn’t much care what others think (not a bad quality to avoid negative peer pressure!). But he’s successful in his own way, and we’re truly proud of the young man he has become.